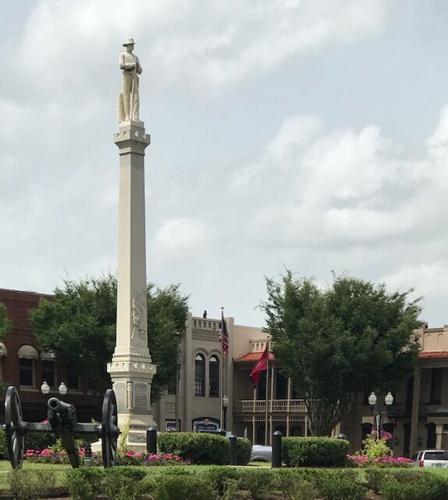 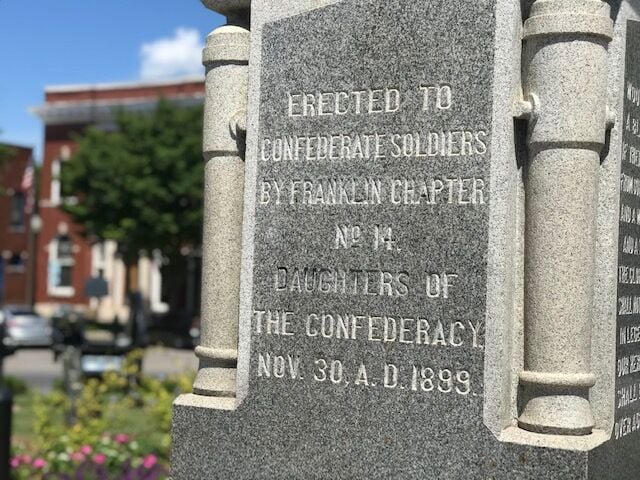 The City of Franklin and the United Daughters of the Confederacy moved closer to an agreement on the issue of Franklin’s town square after members of the city’s Board of Mayor and Aldermen voted Tuesday night to approve a draft of a settlement agreement between the two entities.

The measure passed by an 8-0 vote, and essentially promises the UDC a deed showing the organization owns the Confederate soldier monument and the plot of land beneath it. The agreement may still need revisions, and a final version of the document must be approved by aldermen, but it’s likely to soon thereafter head to Chancery Court for final passage.

Dana McLendon, 2nd Ward alderman and vice mayor, made the motion to approve the draft after members reconvened following their executive session.

“We needed to get some closure on who owns what,” McLendon said Wednesday morning.

The issue of ownership especially came to light around two years ago when the Fuller Story initiative was launched by three local pastors along with Battle of Franklin Trust CEO Eric Jacobson. They wanted to have historic markers placed around Franklin’s town square that told of the experiences of African Americans during the time of the Civil War and the Battle of Franklin, and those markers were unveiled last October on land clearly owned by the city.

At the time the Fuller Story began in the summer of 2018, the UDC claimed it owned the entire public square and attempted to block the placement of the markers. As a result, the city of Franklin filed a lawsuit in September 2018 seeking to determine who owns the square.

Doug Jones, attorney for the UDC, was reached Wednesday morning but said he had no comment yet as the agreement hasn’t been finalized.

“Ultimately,” McLendon continued, “what we got [at Tuesday night’s meeting] was a settlement proposal in which the UDC acknowledged that their deed should be … the deed granted to them by the [Williamson] County government in 1899.”

At that time, the UDC’s local chapter was presented with a deed to the amount of land on the square needed to erect a monument to the memory of Confederate soldiers. The monument, locally known as “Chip,” still stands.

“But the deed could never be located,” McLendon said. “The remnant of that deed was located in the county court’s minutes from 1899.

As it happens, of course, the topic of Confederate monuments and similar statues and structures has been an active one this summer as activists are calling for removal of many of them. In fact, the African American Heritage Society of Williamson County announced Wednesday afternoon that, while it’s not calling for a removal, it would like to see a bronze marker placed alongside Chip that would more thoroughly explain the history behind its origin.

It’s possible that would have to be taken up with the UDC.

“If the court approves the settlement the parties are going to present, then the UDC will have the deed to the property,” McLendon said. “The blocks of the deal have been arranged.”